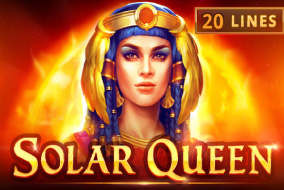 Behold, the thrilling gambling atmosphere, in warm Egyptian surrounding, of Solar Queen slot machine, created by talented Playson development corporation. Everything is perfect in this game. Wonderful 2d graphics, which will be perfectly complemented with Egyptian themed soundtrack, united with modern gameplay solutions, won't leave anyone indifferent. Moreover, huge opportunities to win lots of additional funds won't be an excuse at mobile apps with casino for Android and iPhone.

📲How To Play Solar Queen Slot On Mobile

It's an open secret, that modern gambling world is trying to keep up with the times, and Solar Queen slot isn't an exception. You will be able to try this game in two variations, demo and real money ones. And when demo version won't need something extraordinary to play, gambling for real money require some procedures:

Believe it or not, but represented actions are about to be average, but it isn't true. Some gambling establishments can require various processes of sign up, so it would be better to check the registration policy of the casino you want to play from, first.

💎Features of the Solar Queen Slot

Solar Queen is a 5 reels and 3 rows marvelous slot machine, with 20 active betlines, where you will be able to claim money from winning combinations. Another useful feature is a user-friendly interface, which will make it possible to find everything you need for convenient gambling. Modern gameplay solutions are included:

Don't forget about a chance to try cool functions, which will make your gambling sessions even more fascinating. Autospin function, will allow you to place wagers even without interaction with your computer. So if you want to go somewhere, but hot spins, can't wait for claiming, mentioned feature will be perfect for you.

Customization of gaming process is also here, so making image full-screen and turning off the sounds are available

As you can guess, from the thematic of represented slot machine, ordinary symbols here are represented as stylized letters and numbers, while the most payable ones, will be shown as Egyptian Gods and totem animals. Wild picture will be a shining sun in the middle of flaming frame, while scatter will be a scarab. Furthermore, huge full-reel symbol of solar-queen herself, will pay the most.

As it was said before, you can play two variations of Solar Queen game, demo and for rea money. If you want to try it, for increasing your bankroll, we recommend you such services like PlayAmo and Guts. Nevertheless, you still can find demos on the official Playson website. 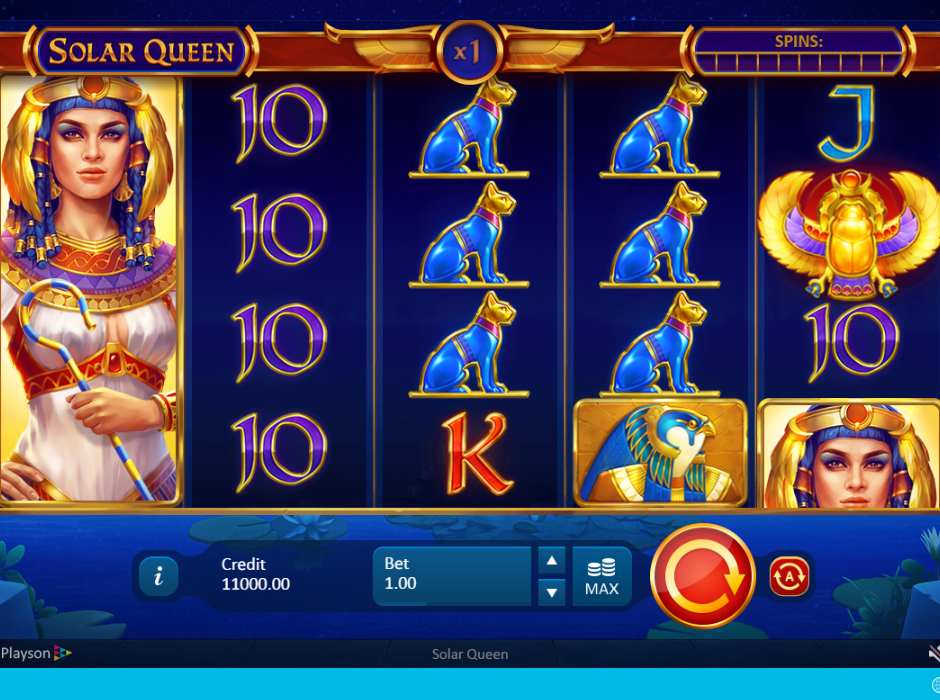 How to increase the final multiplier?

All you have to do is to spawn wilds during base game, to creaste more flaming frames, and wait untill wilds will appear in these frames to increase the final multiplier.

Is it available to launch Solar Queen from mobile phone?

Power of Gods can be launched on various types of modern portable gadgets, because of using of HTML5 technology.

Other popular slots from Playson 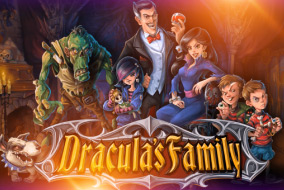 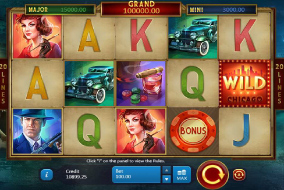 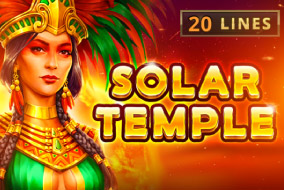 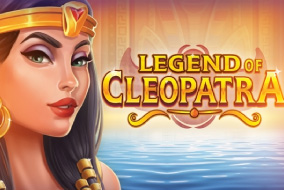 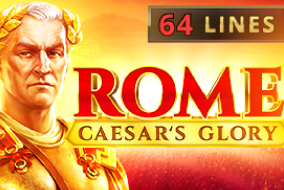 Rome Caesar's Glory
Play Game
We use cookies on playappcasino.com for improving your gambling. Click Agree if you accept it.
Agree